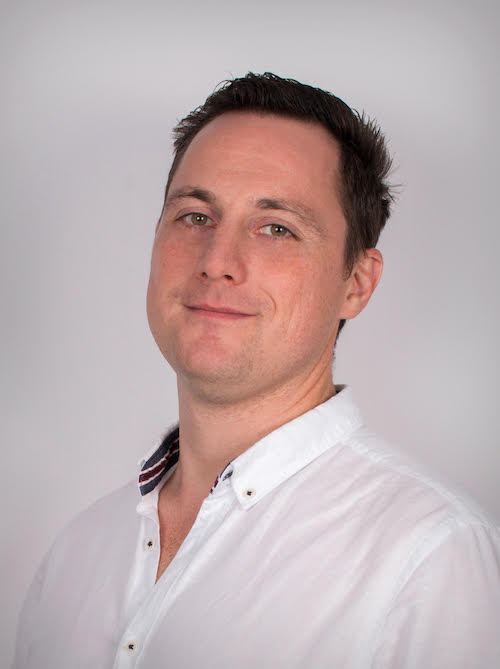 We build mathematical models for vehicle dynamics and traffic flow. We also support the modeling by state-of-the-art simulation software which are used by the automotive industry as well as by the academic research community. The applied software arsenal consists of Vires, PreScan, IPG CarMaker, dSPACE, Matlab, Python, SUMO, PTV Vissim/Visum, Unity 3D.

Beyond the standalone use of these tools, we actively develop and conduct co-simulation frameworks to exploit the simultaneous application. Moreover, we place great emphasis on the mixed-reality and digital twin testing which means that real-world elements (e.g. test car, dummy) are also involved within the simulation. We develop Vehicle-in-the-Loop (ViL) and Scenario-in-the-Loop (SciL) frameworks. ViL basically realizes Hardware-in-the-Loop testing where the hardware is the test vehicle itself communicating online with the simulation software. SciL represents one step forward as it also consists of controlling other environment elements within the mixed-reality testing (e.g. traffic lights are also controlled online from software in the real test track). 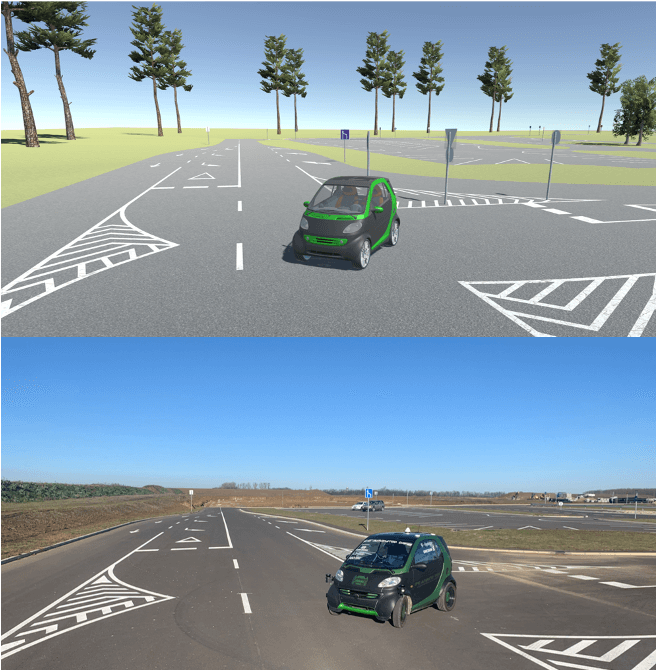 Software Platform Team
The Software Platform Team provides a strategic architectural vision that allows coordinated software design and development across R&D teams, maximizing the synergies between research capabilities while reducing human costs across all stages of the software lifecycle. We generate value and ensure long-term sustainability by realizing five main design goals: (a) compatibility, (b) flexibility, (c) reuse, (d) scalability and (e) resilience of our software assets. We provide each R&D team with the possibility of integrating or interfacing their prototypes to a common platform. To achieve this, we formulate specific designs and guidelines for the software development process, including:
...
Read more

Safety and Security Team
Our team is the core member of the national Hungarian working group, which is responsible for the establishment of the Automotive Cybersecurity Test and Certification Centre at ZalaZONE. Due to this membership, our Department has direct experiences from the state-of-the-art scientific methods and concepts in the field of Automotive Cybersecurity. We have traditionally strong cooperation with the actors of the Hungarian automotive ecosystem (especially considering the most important TIER1 market actors), which makes it possible to receive information about the most relevant industry-related issues from the automotive cybersecurity sector. The Safety and Security Research Group pays particular attention to the interaction and interrelationship of automotive safety and security co-engineering. Accordingly, we focus our research resources to develop integrated design and analysis methodologies that can consider the interaction of automotive safety and security of road domains together, especially considering the CAV related cybersecurity issues, such as IDS solutions, threat analysis, scenario-based testing, and specific domains of PKI management. Beyond this, our team has outstanding competencies in the field of automotive forensics researches. In this field, our primary research orientation related to CAVs focuses on the evaluation possibilities of accidents related to highly automated vehicles (including accident reconstruction methods, the investigation of the most relevant conflict types, and liability issues).
...
Read more

Testing and Validation Team
With the appearance of the advanced driving assistance systems (ADAS) and autonomous vehicles, more complex test situations with more special test equipment are necessary. Based on the feedbacks of the industrial partners significant needs come up for developing diverse test equipment due to the demand for complex scenarios. Another initiative factor is the relatively high purchase price from the market. On the market, only a few suppliers are dealing with such a test device furthermore, the harmonized inputs of industrial stakeholders restrict the functions of these devices, therefore more untapped features are not yet developed. In order to facilitate the testing of the upcoming functions, different fields are researched, and types of equipment are developed on ZalaZONE. In collaboration with students and trainees of the local Universities, two different dummy target objects were designed and manufactured, which are used for typically AEB tests. One of these objects is a pedestrian dummy. The other is a foam dummy car represented a hatchback category passenger vehicle. For the control and movement of this pedestrian dummy, a belt-driven towing system had been conceived and realized. This year we started to develop a low profile moving platform with trajectory following capability for the carrying of the foam panel dummy car. For testing the future's driving functions, a realistic environment is needed, so the R&D team started to concept a modular sensible facade construction that replaced the relevant outer surface of various buildings. The first version of such a facade was manufactured last year, but currently, the researchers are working to extend it with more additional facade modules with different sensor reflective materials.
...
Read more

Data Management and Communication Team
The data revolution is gaining ground in the world of road-city transport systems. A huge amount of data is generated in an automated transport system. Collecting, organizing, communicating and utilizing a lot of data is a big and critical task. The intelligent use of road/city traffic data offers many opportunities in the development of intelligent transport systems. Our goal is to get involved in this development in a creative and innovative way. We focus on data acquisition and analysis challenges of automatedrive projects, like digital twin scenario (ViL, SciL) implementations. Generated data becomes more valuable, as the artificial intelligence algorithms run on them will result in more efficient operation and better control methods. As data management is an essential part of automated drive developments, our aim is to contribute in local and international intelligent transport R&D projects.
...
Read more

Vehicle Dynamics and Control Team
The main activities of the team includes vehicle and vehicle sub-system modeling, parameter identification, validation and test measurements and vehicle control. Modeling is a useful and cost effective tool for analyzing, tune and develop vehicle systems and their interaction with the environment or with other sensing or control systems installed in the car. The definition and correct implementation is insufficient for the realistic behavior of numeric models, hence, a special emphasis should be put on the parameter identification and validation. For this purposes, a wide range of measurement equipment is needed. The teams work is supported by various sensors and measurement systems including but not limited to different kinds of dual antenna GNSS systems with RTK correction, a Correvit 2-axis optical sensor, IMU units, strain-gauge measurement system, etc. A direct access to the test platforms of the ZalaZONE Automotive Proving guarantees that a wide variety of test runs can be carried out such as highly dynamic test on the dynamic platform and the handling course as well as on different surface qualities on the braking platform. The most commonly used platform for custom model implementation is MATLAB/Simulink that ensures quick and flexible model development, evaluation and documentation. Commercial modeling softwares are also available for simulation purposes such as IPG CarMaker, PreScan, VTD Vires. With the coupling between the above simulators and MATLAB/Simulink a suitable customization and improved flexibility can also be achieved. Based on the knowledge regarding vehicle modeling the other main field of the team activity incorporates the function and control software development for automated and regular vehicles. Our activity is focused both on component level (e.g. steering control, brake control, etc.) as well as high level functions (e.g. driver assistance systems and automated driving). Implementation, testing and data acquisition are usually carried out with dSpace AutoBox rapid prototyping units that are available in various types. The teams competency includes the modification of vehicle to enable steer-by-wire which is essential for reproducible testing and the development of self-driving functions. Current the research activities are focused on vehicle motion control at handling limits and vehicle-drone interactions.
...
Read more

Perception Team
The focus of the team relates first of all to problems related to environment perception and understanding, to the research and development of related methods and algorithms. Let us give a brief overview on the main topics of the laboratory. Development of Perception Algorithms: The main objective is to develop neural network architectures (first of all for 3D object detection and end-to-end models) capable of learning from multiple type of data such as LiDAR, RADAR, cameras. Such networks are able to learn the synergies present between different type of data and thus may provide more reliable results, more robust behavior than networks operating on single type of data only. Besides the developent of algorithms for raw sensor fusion, we are working on the development of a so called central perception system capable of providing object detections by a cluster of infrastructural and vehicular sensors, fusing them together in real time and thus providing a digital twin of the traffic in the area covered by these sensors. Measurement and Testing: Besides testing our algorithms on publicly available datasets we perform also experiments under real circumstances. For this purpose we have built a measurement vehicle equipped with LiDARS, RADAR, Cameras, dGPS and V2X communication unit which allows us to test our algorithms under real circumstances in real-time. Here the calibration of sensors and that of the whole system is of key importance. Verification of Models: The risks we face in many safety-critical applications such as assisted and highly automated driving are rapidly changing because the internal logic of the employed deep learning perception methods is not humanly interpretable. This gives rise to new kinds of mistakes and more worryingly, new vectors of attack exploiting these new vulnerabilities. In our research we explore ways to quantify the robustness and verify guaranteed properties of machine learning systems. The goal is to design robust perception systems that come with mathematically certified properties. As a prerequisite for this, we have to develop more efficient verification methods and also find novel ways of formulating humanly interpretable specifications in ultra-high dimensional input domains (e.g. sensory data).
...
Read more